WHAT IS THE INDIVISIBLE PROJECT?

The Indivisible Project is a registered 501c(4) nonprofit.

A few days after the election of Donald Trump, two former congressional staffers talked about what every progressive in America was talking about: what do we do now? We saw energy building to resist, but it wasn’t directed.

Sign a petition? Call Congress? How does this actually translate into taking down Donald Trump’s agenda?

It hit us. We’d seen a model for success for how local activism can affect real change in Congress. If the Tea Party was able to take on a historically popular President Obama with a Democratic supermajority to slow and sometimes defeat his federal agenda, we can surely take on Donald Trump and the members of Congress who would do his bidding.

So we wrote a Google Doc and put it online December 14. The roadmap we laid out wasn’t rocket science:

INDIVISIBLE MYSTIC VALLEY is a group of community activists coming together to make a more just and welcoming region.

As a group focused on direct action, our members have organized and participated in many events since our founding in April 2017. Our successful past projects include assisting with the planning and organizing of accessibility sections of several large scale gatherings such as Families Belong Together, March for our Lives:Boston. We are one of the founding members of the January Coalition who planned the 2018 Women’s March: Boston and which our Activist-in-Chief Zayda Ortiz served as the Mistress of Ceremonies. Our main passion is lobbying the State House directly for several bills this legislative season including the ACCESS and NASTY Woman bills and the Safe Communities Act and other measures to protect immigrant populations on the municipal levels. We continue to push forward a dialogue on the Medford Post Office mural featuring the slave trade. We supported the Cook family who successfully fought and changed a biased hair policy. We continue to work on projects that speak to our values of equity, honesty, inclusion, and justice. 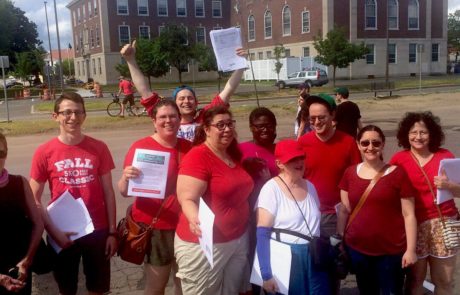 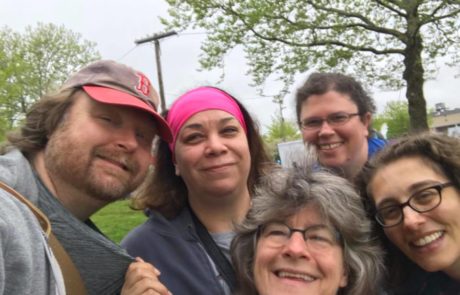 Meet Our Team
Go to Top